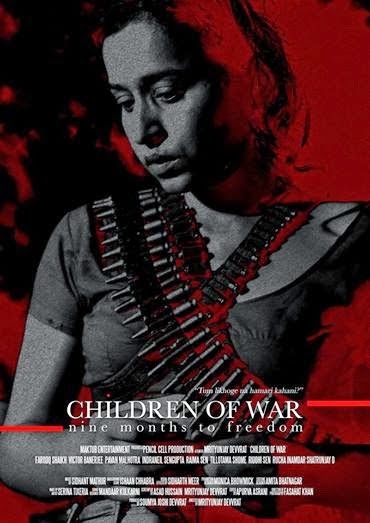 Freedom From The Known

Based on the freedom of Bangladesh and the violence and genocide that ensued, Children of War directed by Mrityunjay Devvrat is a very sincere effort to tell the story but alas, the overall outcome leaves you a little cold.

A film based on facts should also throw some light on the historical element along with telling personal stories. Children of War has more of the latter and less of the former. It opens with an interview of the then Indian Prime Minister Indira Gandhi talking to the western media and explaining India’s intervention in the struggle for Bangladesh. The year is 1971 and the Bangladeshis want independence, free from the clutches of Pakistan whose army resorted to a lot of atrocities during that period. A journalist (Indraneil Sengupta) is separated from his wife (Raima Sen) and she is taken to a camp where women are raped and treated brutally.

There is a parallel story of a brother and sister trying to make it to the Indian border while Victor Bannerjee plays an elderly gent rescuing some people to safety. But the film largely concentrates on the separated couple where the husband joins the Mukti Bahini, a rebel group led by the very sober looking Farooque Shaikh.

At many a times, the scenes in many of the personal stories are overdone. Indeed, what happened during those days was shocking but to portray it on the screen, it has to be done in the right measure to have the maximum impact. Unfortunately, the background score or the editing comes in the way and some the scenes go on so long that by the time they end, there is a mental disconnect. Pity because the director occasionally shows some flashes of brilliance, but as a package it doesn’t come off to well.

On the acting front, Pavan Malhotra as the army officer is menacing enough to give you the creeps, the rest are passable, a bit like the film itself.

Published in The Navhind Times on 18th May 2014
www.twitter.com/sachinchatte