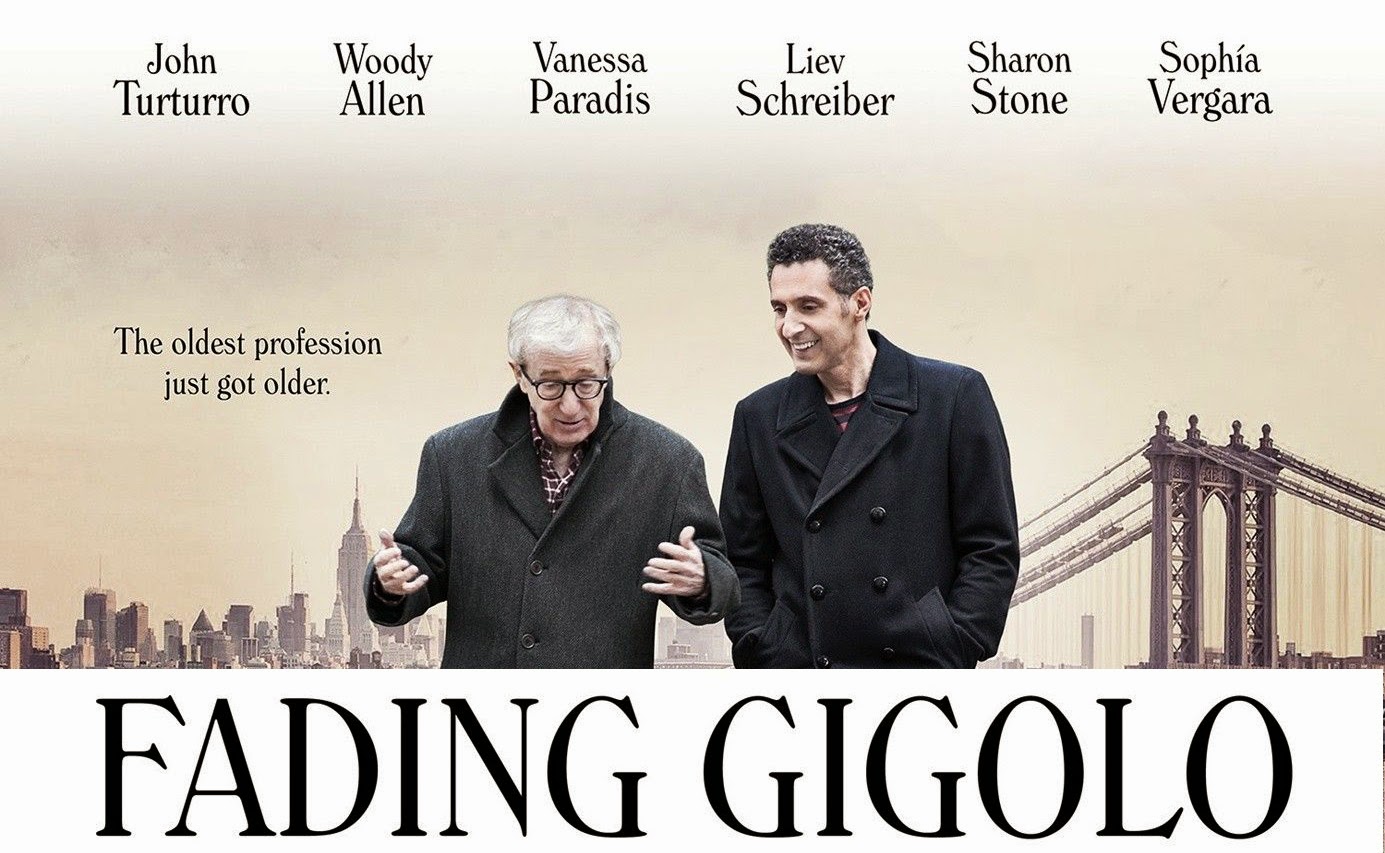 Woody Blues
Film: Fading Gigolo
Cast: John Turturro, Woody Allen, Vanessa Paradis
Directed by: John Turturro
Duration: 1 hr 30 mins
Rating: * * 1 / 2
Based on a premise that might seem a little outlandish, writer/actor/director John Turturro manages to craft a film that is somewhat in the Woody Allen mould. And since Allen himself plays one of the central characters in film, it can be assumed that the master writer provided some inputs to the script and even the way it is shot, Turturro perhaps wanted to pay a tribute to Allen.

There are bits and pieces that you like and some of it is pedestrian. Turturro plays Fioravante a florist and Allen has Murray (Woody Allen) runs a bookstore. They don’t exactly have a hefty bank balance and the plot takes a turn when Murray’s dermatologist (Sharon Stone) confides him about having a ménage a trios with her friend (Sofia Vergara). So now who will be the third person with the ladies ? Mr. Fioravante of course and he even gets a tip for it although the thought of a woman like Sharon Stone paying
John Turturro will give a lot of self confidence to lesser mortals.

Murray becomes the pimp and Fioravante the stud even though his services go beyond the obvious. For one, he is a good listener and pays details to all those things that make a woman happy. When a Jewish Rabbi’s widow (Vanessa Paradis) comes on the scene and gets friendly with Fioravante, the neighborhood bloke who keeps a close eye on everything gets interested.

The plot does get a little preposterous at times but also gets back on track quickly. While Turturro may not look like a stud he pulls it off with a charm. As for Woody Allen, you like him because he is Woody Allen and not because he does anything sensational in the film. On the whole, Fading Gigolo is watchable but not memorable.

Published in The Navhind Times on 18th May 2014
www.twitter.com/sachinchatte