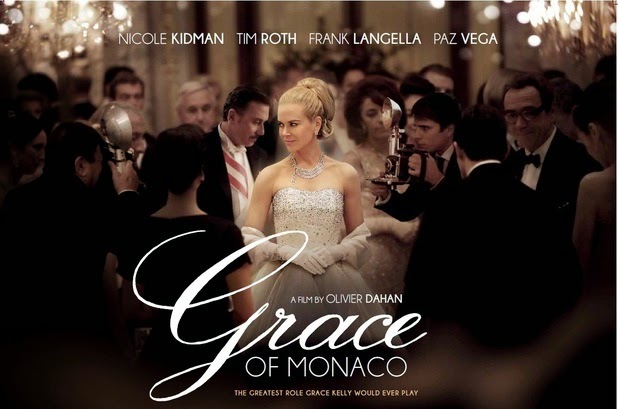 Not So Amazing Grace

From the director who made La Vie en Rose (2007), Grace of Monaco is a huge disappointment and that is putting it mildly. A large part of the blame should also go to the screenwriter Arash Amel who has, the fictionalized account if one big fat turkey.

The trouble with many biopics lately has been the writing- from Jobs to Grace Kelly, the writers and the directors, both have got it wrong.

The former actress has quite a life- first as an A list actress in Hollywood who enchanted many with her beauty but then gave it all up at the age of 26 to marry Prince Rainer of Monaco.

Very few actresses on the big screen had the beauty, grace and charm of Grace Kelly - the heart still skips a few beats when you see that stunning close up of hers when she makes an entry in Rear Window.

But this film is muddled - it uses fact, fiction to dish out a story that doesn’t hold your interest. Produced by Uday Chopra and Yash Raj films, the focus is on the period when Kelly’s (played by Nicole Kidman) marriage was going through a turbulent phase. Not only that, there was a great deal of upheaval on the political front as Prince Rainer was under severe pressure from Charles de Gaulle, the President of France.

With a story that is all over the place, it is not clear what exactly the director was trying to portray. From personal crisis to political problems and conspiracies to charity, it oscillates like an old grandfather clock. The only episode that had me interested was Hitchcock persuading her to do Marnie in which Tippi Hedren acted eventually. The actor who played Hitch (Roger Ashton-Griffiths) had his voice, accent and mannerisms spot on and you can also see the effort put in by Kidman, who sparkles in some scenes but draws a blank at other times but not sure if the blame lies on her shoulders. There are too many culprits responsible for this messy film.

Published in The Navhind Times on 15th June 2014
www.twitter.com/sachinchatte