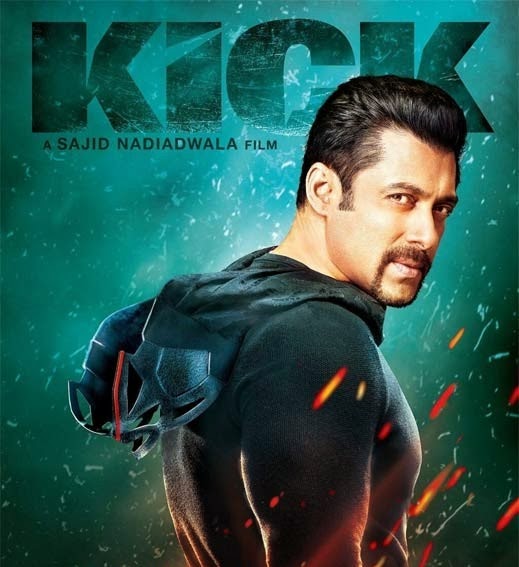 The similarity between Salman Khan’s film and a children’s animation film is that, irrespective of the content, the target audience is generally happy with whatever is thrown at them. In fact, a six or eight year old might have an alternative opinion about an animation film but rarely will you get to hear a varying opinion from bhai’s fans.

And it is not very difficult to see why. The man has a larger-than-life persona on and off the screen and some directors know better than others how to exploit it. From that point of view, producer turned director Sajid Nadiadwala is in full throttle in his debut venture Kick.Salman’s fans will surely be delighted. As the actor says, “Main dil mein aata hoon samaj mein nahin” – whatever that is supposed to mean.

For the rest, it is all about looking at your watch and counting the minutes.

You don’t expect a Kurosawa or Bergman-like experience in a Salman Khan enterprise. If you come out with your marbles intact, it calls for a celebration.

Apart from Salman Khan playing Salman Khan, he also plays a badass named Devi Lal who likes to beat up eve-teasers – the audience has seen that drill several times before but yet they lap it up. And if you thought the grand entry of the hero was done away with in the 80s, then think again. You see him making an entry in super slow motion as his face appears on the screen. Trends in film making don’t apply to bhai - he is a trend unto himself.

In Kick, he is not exactly gainfully employed; his full time job appears to be pursuing his love interest Shaina (Jacqueline Fernandes) who is a psychiatrist and appears to be more exasperated than her patients.

Devi also has another avatar: he transforms into Devil, a Robin Hood character who also has full backing from his dad (Mithun Chakraborty). Randeep Hooda plays a cop in hot pursuit of Devil who is targeting the evil guy (Nawazuddin Siddique). It helps to have a villain who can hold your interest and who, at times, with his evil laugh and quirkiness, is more enthralling than the hero.

When it doesn’t take itself seriously, the film is watchable but the moment it switches to serious mode, as it does every now and then, you want to hit the fast forward button. A car chase on the streets of Warsaw shows the Rohit Shetty has serious competition when it comes to blowing up cars.

And just for the record, I haven’t seen a movie where the title is mentioned so many times in the film. As a part of the dialogue, if someone were to ask, “What did you have for lunch today?” am pretty sure the answer would have been “Kick”.

The film is well shot by Ayananka Bose and it is obvious that big bucks have been spent in making it. Even though I am far from being a Salman Khan fan, I can see why he has such a fan following – he aims to please and does it well. Now, only if someone could cobble together a sensible story for him rather than just rehash South Indian films. At times, Nawazuddin Siddique is one up on Salman; in some of the scenes he is deliciously evil.

But all in all, this is just another Kick in the wall.

Published in The Navhind Times, Goa on 27th July 2014
www.twitter.com/sachinchatte
Posted by Sachin Chatte at 10:44