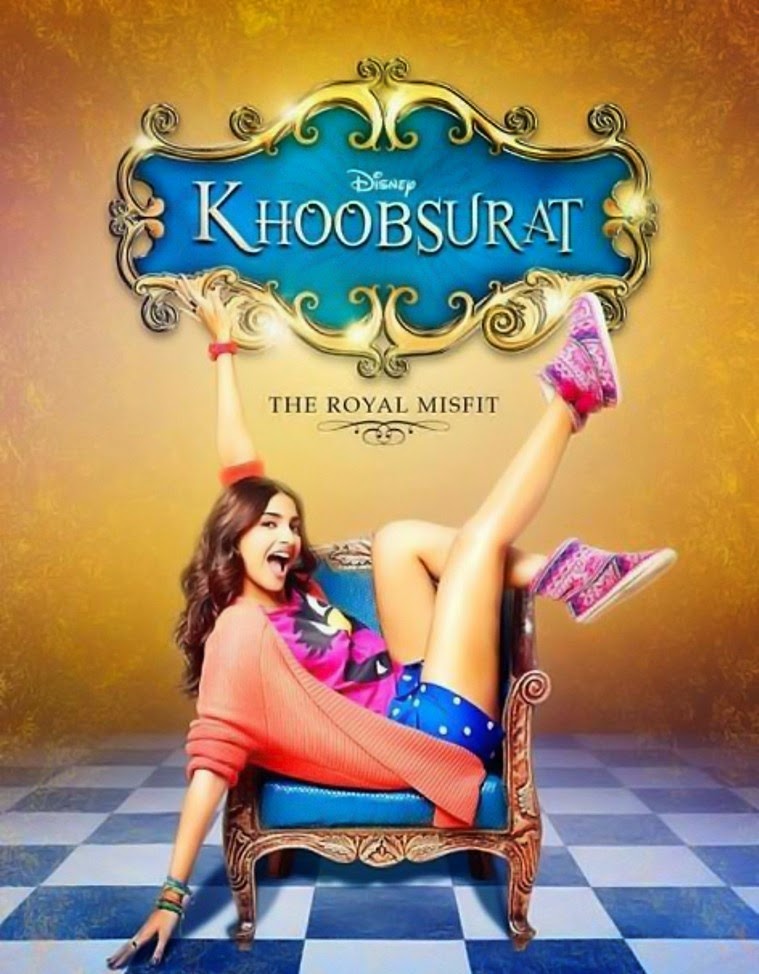 Director Shashanka Ghosh has a couple of diverse films to his credit (Waisa Bhi Hota Hain Part II, Quick Gun Murugun) and has added another one to that list. Khoobsurat is a remake of the 1980 film of the same name starring Rekha and given the fate of remakes these days, the expectations were on the lower side.

But I am glad that this film turned out to be a pleasant experience and eminently likable. It is feel-good, fluffy fairy tale like story (it is produced by Disney after all) with a few laughs thrown in for good measure.  Given that the original film was a plain simple story (that was Hrishikesh Mukherjee afterall), the screenplay writer Indira Bisht and her co-dialogue writer Juhi Chaturvedi have done a commendable job of adapting it.

Sonam Kapoor plays Mili Chakraborthy a physio-therapist (for the Kolkata Knight Riders) who is forced to pick an assignment in Rajasthan, to treat an elderly gentlemen (Amir Raza Hussain) from a royal family, whose feet are paralyzed.

If Mili were a detective, she would be like Jacques Clouseau – bumbling, falling over things and not knowing what to say when. This doesn’t augur well in a family where everything happens with clockwork precision under the command of the lady of house Nirmala Devi (Ratna Pathak Shah, her mother Dina Pathak played the same role in the original).

The son Prince Vikram (Pakistani actor Fawad Khan) is mostly busy dealing with business matters and is already engaged with the wedding around the corner. To say that the hyper Mili doesn’t follow the norms will be an understatement but it is her charm and innocence that works wonders on the young man and she also helps the father to get better and smile again.

While the story is predictable, it is the scenes and the dialogues that provide a zing.  In such a setup you are expecting any surprises and the journey is smooth.  Initially the humor is a little slapstick but within acceptable norms and enjoyable in fact.

The costumes and production design also lend an air of credibility to the proceedings and the visuals gel very well. Sneha Khanwilkar’s rustic tunes are several notches above the usual and you want to revisit those tunes again.

The acting and chemistry between the lead players is also a big positive.  While Fawad Khan fares well, Sonam Kapoor gives her finest performance as the bubbly Mili. The supporting cast is also apt – Kirron Kher as the Punjabi mother has been there done that a zillion times and a special mention for Ratna Pathak Shah who is first rate.

All in all, with a high feel-good quotient, Khoobsurat delivers a pleasant outing at the cinemas.

Published in The Navhind Times on 21st Sept 2014
www.twitter.com/sachinchatte