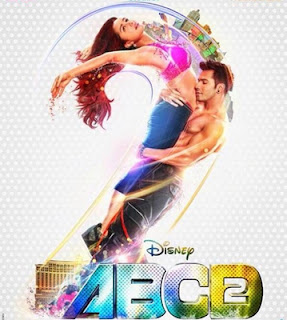 Blood On The Dance Floor

Riding on the success of ABCD which released just over two years ago, the sequel thrives on what made the first one click – a group of underdogs and non starters fulfilling their dream of making it big. Sure there is dance and more dance in ABCD 2 but just because it is a dance film, there is no excuse for the lame writing, silly dialogues and lack of a story.

The laziness in the writing just gets more and more obvious as the film progresses – usually in a dance film, you are waiting for the climax because that is often the grand piece, but here is no such yearning because you’ve already had enough by then. To be fair, the finale, though it takes a long time to come, is splendidly done.

From purely the dance point of view, ABCD2 works and works well, but as a film that should have all the ingredients, especially a decent story, there is an axe to grind.

Inspired by a real life story, the main protagonist this time is Varun Dhawan who plays Suresh - there is nothing like throwing in a bit of star power in our films, that works better at the box office.  His dance troupe is disgraced at a reality show because all their dance steps are copied from other dancers although they vehemently deny it. Suresh’s late mother, a classical dancer (we are told, not once but twice that ‘she died with her ghunguroos on’, those are the precise words) is also dragged into it. We never learn whether they actually did copy or not, but what we do know he is, he determined to redeem himself.

Along with his good friend Vinnie (Shraddha Kapoor) he tries to regroup after he sees Vishnu (Prabhudheva) in action. After the initial denial, which goes on and on (the editor perhaps dozed off on the editing table), Vishnu agrees to mentor them and the troupe has to look out for more members.

They have to overcome the difficulties to getting the funding for their trip but by interval time, their plane takes off for Vegas for the international hip-hop competition (Dubai was already taken in Happy New Year)

Once in the US, everything moves so very predictably – someone has to get injured before the major event and Olive (Lauren Gottlieb from ABCD and last seen in Welcome to Karachi as a Pakistani spy) makes an appearance. Vishnu’s background story and the reasons for his action makes you cringe, it is all like an 80’s film. Not to forget one of the dancers who is suffering from some mysterious illness and literally spouts blood when the final is in progress.  It is only then that the meaning of MJ’s Blood on the dance floor became obvious to me.

The cardboard characters and the writing leaves a lot to be desired. There has to be an evil team in the competition and this time it is the Germans who get into a fist fight. Or take the scene for instance where Vinnie is jealous of the growing friendship between Suresh and Olive (this is a Bollywood film after all, there has to be romance and it has to be spelt to the last e). The jealousy starts, drags on a bit, then we have a song and even after that the same topic is dwelled upon.

What works in the film are the dances, they are impressively choreographed and everything is bigger and better when it comes to that. In fact, it would be fair to say that the choreography is as good as anything we have seen on the big screen. Except that there is too much of it here.

Of the cast, Varun Dhawan and Shraddha Kapoor have put on a good show and the supporting cast is also up to the mark.

On the whole, if dance is what you like, then it is almost perfect. But then, anybody can dance but not everyone can write and execute a good story.

Published in The Navhind Times on 21st June 2015
www.twitter.com/sachinchatte