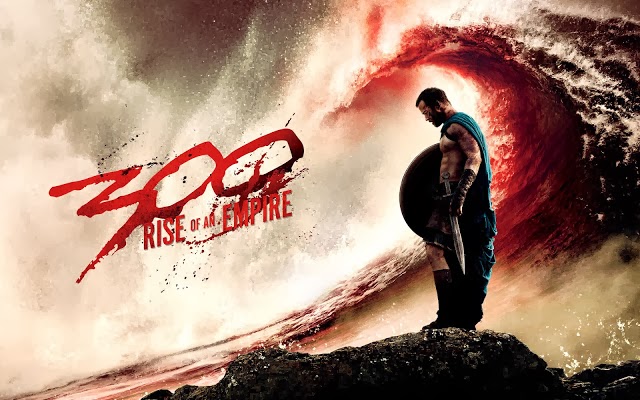 A Trojan Horse
Film: 300: Rise Of An Empire
Cast: Sullivan Stapleton, Eva Green
Directed by: Noam Murro
Duration: 1 hr 52 mins
Rating: * * 1 / 2
The box office success of 300 has prompted the film makers to delve deeper into this Greek tale. Directed by Noam Murro (Zack Snyder is credited as the screen writer) this merely follows the blue print of the previous film as far as the action is concerned.

The film is set almost in parallel to the events that took place in 300. Themistokles (Sullivan Stapleton) has the task of stopping the forces of God King Xerxes. Artemisia (Eva Green) is the naval commander of Darius who gets killed in the Battle of Marathon. She leads the Persian ships in a bid to stop Themistokles and his brave men.

You would need considerably knowledge of Greek mythology to decipher the finer details.

Am sure most won’t bother and would rather enjoy the action instead. Some scenes are well choreographed but I haven’t seen so much digital blood being splashed on the screen before.  And like Gunday, it also has a lot of fights in slow motion, occasionally it is fine, but then it tends to drag.

Eva Green in a villain’ish role provides a few sparks; she is the only character that has some spunk. If you are a fan of the franchise, the chances are you will be happy, for the rest, it is just another film that came and went by.

Published in The Navhind Times on 9th Mar 2014
www.twitter.com/sachinchatte
Posted by Sachin Chatte at 21:11