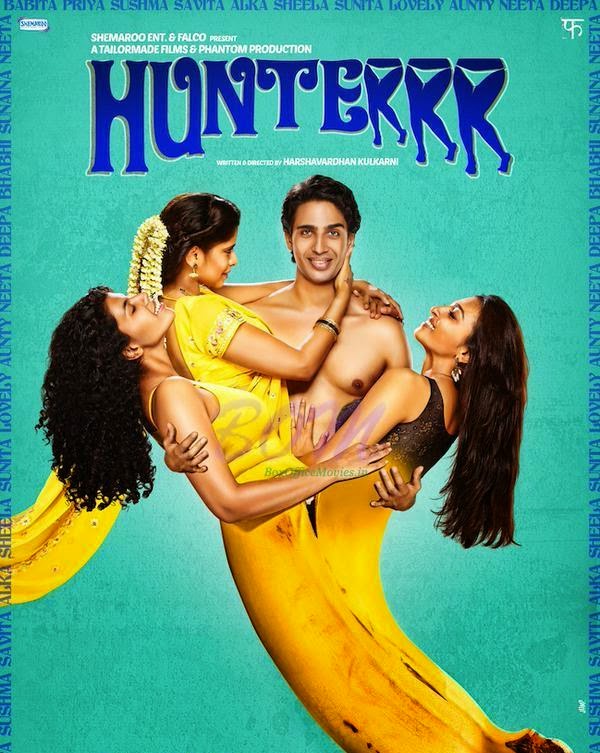 Hunterrr belongs to that very rare genre in Bollywood of sex comedies and we are not talking of the ones with cheap jokes and double entendres. Hunterrr in many ways goes for the jugular and succeeds to some extent. While it is a novel effort of sorts, it fails in getting the basic right – such films have to be crisp, to the point and should not overstay their welcome, the final stretch of this debut film by Harshvardhan Kulkarni drags on.

He has got most of the things right – The characters are quirky and there is sense that they could be real – you may have actually seen some around you at some point. Gulshan Devaiya plays Mandar Ponkshe, as it happens in real life too, some guys instantly know how to get their way around the opposite sex while for others, it takes a life time to figure out.

Mandar belongs to the former category; he has cracked the ultimate formula of wooing the girls at a young age. Initially, the story oscillates between his past and present. Right from his college days he has been active enticing single girls (Veera Saxena) and a married woman (Sai Tamhankar).

At least in films, all playboys ultimately have to fall in love and Mandar is besotted by Trupti (Radhika Apte). He has a tough time though giving up what he likes the most.

While the film starts off in top gear, it gets slack in the latter half. Mandar’s childhood memories are the best part and director Harshvardhan Kukarni knows how to show teenagers having fun. The episode where Mandar is caught watching an adult film is a hoot.

There is needless cutting between the past and the present in the latter half of the film, it’s a comedy after all and not a thriller. The songs try to carry the narrative forward but don’t succeed every time and there a handful of songs of them here.

The director deserves kudos for making a film that deals with the otherwise taboo subject of sex and he does so without cheapening the stakes.

Of the cast, Gulshan Devaiah fits the bill and the ladies are aptly cast.

Hunterrr is good enough for a few laughs and I wish it was left with that rather than stretch it more.

Published in The Navhind Times, Goa on 22nd March 2015
www.twitter.com/sachinchatte