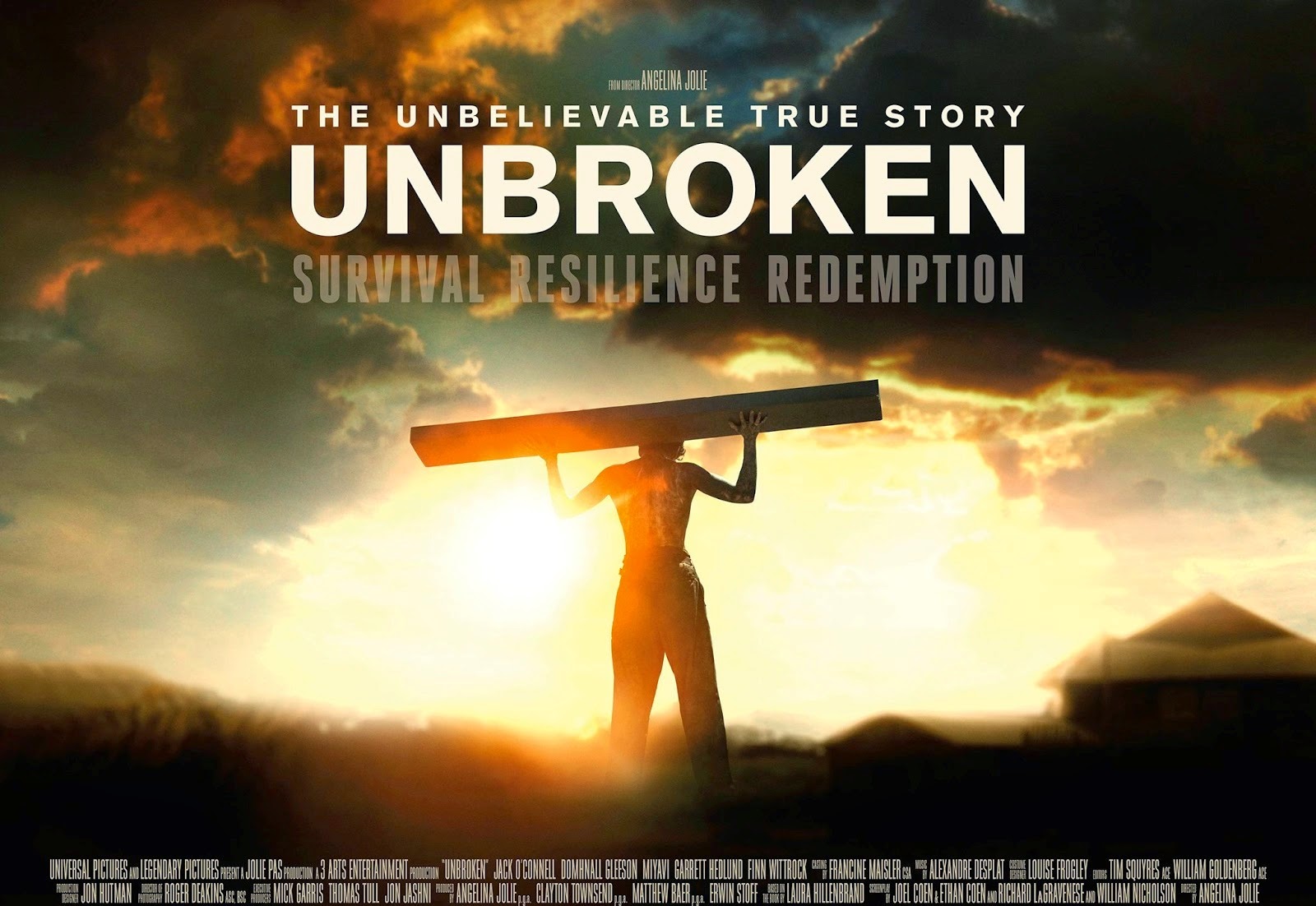 Of Guts And Glory

The story of a former Olympian ending up as a prisoner of war is an interesting premise to begin with – not many have heard of Louis Zamperini, the son of an Italian immigrant who represented America before WW II broke out and he landed in the army. Instead of running on the race track, he was aboard fighter planes trying to defeat the Japanese.

After her debut feature In the Land of Blood and Honey (2011), Angelina Jolie returns as a director and being a glamorous actress, one has a few notions to shed before you can reconcile with the fact that she does have a knack for direction. The screen play that bears the name of the Coen Brothers as co-writers, is slightly elongated and you don’t expect anything short of the best when the two brothers are involved and it is only fair to say this is mediocre by their standards.

Based on the book by Laura Hillenbrand, the film opens with a bang – an air raid across the Pacific where Zamperini (Jack O’Connell) and his buddies are dropping bombs in a fighter plane.  You are on the edge of the seat when the action unfolds as the bay door doesn’t shut and they have to come out of a tricky situation.

In flashbacks, we are told about Zamperini’s childhood, he was a rather difficult kid to deal with till his brother spots the potential in him as a runner. He went on to represent USA at the 1936 Berlin Olympics and even though he didn’t win any medals there, he was noticed by everyone for putting up a close fight.

Cut to the present, along with two other survivors, he ends up in the middle of the ocean in the dinghy after their plane crashes. The survival story takes over and we have seen such segments before so there is hardly any novel element there. Jolie sufficiently manages to engross you in their ordeal and Zamperini’s never say die attitude. It continues in the third and final act as well but to a lesser degree when he is taken to a prison camp which already has a bunch of Americans and is singled out for special treatment by a rather brutal corporal (Takamasa Ishihara, a well known singer -songwriter). His fascination for the athlete is intriguing, there is some kind of an admiration there but all some deep hatred as well. At one point, he lines up all the prisoners to punch Zamperini in his face.

It is in the last and final lap that the film stumbles a bit – after all, there is only so much of prisoners camp incidents that you can take, not because of the violence but because it gets routine. Jolie perhaps wanted to highlight the fact the how in-human mortals become during war and the point is well taken.

Zamperini’s story is inspirational in many ways – not only for his spirit (he was forced to hold a log of wood on his head, if he drops it, he’ll be shot) but also for what he did afterwards, he forgave everyone for their misdeeds. But this is just mentioned in the title cards at the end.

Technically, the film is quite accomplished with names like Roger Deakins behind the camera and Alexandre Desplat as the music composer. It also is a big breakthrough for the lead actor Jack O’Connoll who with his good looks also makes a positive  impact. All in all, Unbroken is not deeply but reasonably satisfying.

Published in The Navhind Times on 4th Jan 2015
www.twitter.com/sachinchatte