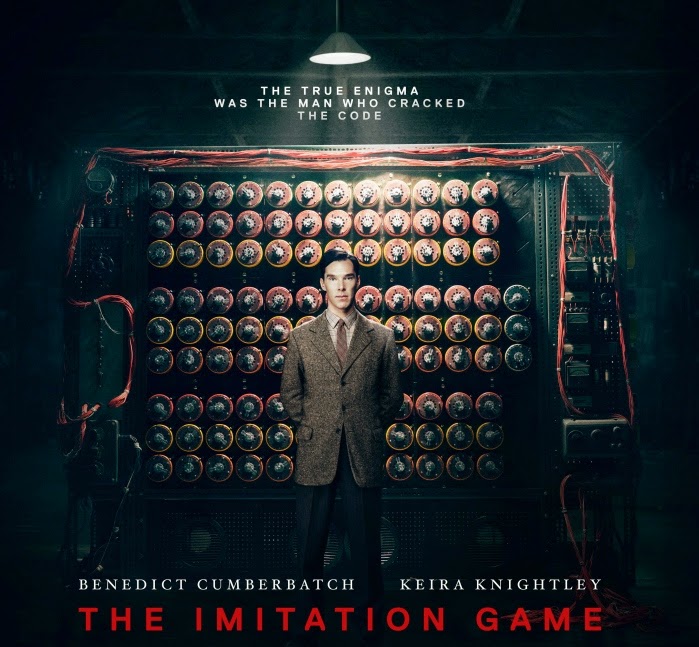 The Game Is Afoot

To put it plainly, The Imitation Game is one of the finest films seen on the big screen in recent times. Being a biopic, it works in the framework of a commercial enterprise but within that, it is as good as it gets. Norwegian director Morten Tyldum has got a terrific subject on hand but as we have seen before, there's many a slip between the cup and the lip, no matter how good the raw material, it still has to translate into a good film on the big screen. But Tyldum has hardly put a foot wrong and The Imitation Game has the makings of a classic.

Professor Alan Turing’s story is indeed a fascinating one and the finer details of his achievements remained a secret for a long time. The film focuses on Turing’s (played brilliantly by Benedict Cumberbatch) role during WWII where he helped the British crack the Engima code.

Laced with some typical English humor it starts with Turing being recruited British intelligence to decipher Enigma, a machine used by the Germans to relay messages in cryptic code. The combinations that the machine uses runs into millions, in other words, it is virtually unbreakable. The best minds in Britain are hired to crack it but without much success. Turing gives it a shot but he is not one of the most congenial persons to work with and his eccentricity frustrates the rest of them.

Keira Knightley plays another important member of his team, she not only has academic credentials but is also just the right person to assist Turing who is building a machine to crack the code.

The story also oscillates between his past (his friendship with a fellow student in school) and the present (he is investigated for being a spy) while we learn how Turing and his colleagues contributed in Britain’s effort to win the war.

The screenplay by Graham Moore (based on the book by Andrew Hodges) is picture perfect. The pace never slackens at any point in time and all the elements that were intended to be highlighted have come off in style. Take the key moment where Turing cracks the code, it is written and filmed with sufficient zing and rightly so, is the high point of the film. Even his victimization for being a homosexual, though it is not one of the mainstays of the plot, is conveyed with a great deal of sympathy. Turing may have saved the world and his country but his favor was not reciprocated, in fact he got a very raw deal.

The film is backed by some rock solid performances. Keira Knightley has received some well deserved accolades for her performance, including the Oscar nomination. The supporting cast of Mark Strong (as the MI6 agent), Mathew Goode as Turing’s colleague is apt. But it is Benedict Cumberbatch who gives an outstanding performance in the lead role. He conveys all of Turing’s triumphs and travails with absolute conviction.

The Imitation Game is a result of a superior effort of film making, don’t miss it.

Published in The Navhind Times on 18th January 2015
www.twitter.com/sachinchatte